We are an independent insurance firm dedicated to providing you with quality personal and Business insurance programs. We have also partnered with over 47 insurance companies to adapt an insurance program to fit your needs and the needs of your family, while keeping our prices competitive. 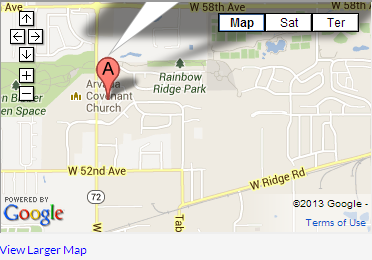 HOW CAN WE HELP YOU?

When you are purchasing life insurance in Fort Collins, Colorado or any of the surrounding areas, you may be required to allow the insurer to look at your medical records. Insurance companies look at your records to determine if you have any pre-existing medical conditions before determining an appropriate premium. If your doctor dies or retires, then the process of obtaining your reports may differ slightly from the process before your doctor leaves the office.

It is not uncommon for a patient to request a copy of his or her medical records from the facility. If you are not comfortable giving access directly to the insurer, then you can request a copy of the records and send the details to your insurer before your coverage begins.

Depending on the insurance policy, the insurer may require a new report showing your current health. Seeking a new doctor can result in updated information. The insurer can then use those updated records to determine your eligibility for different levels of protection.

When your doctor dies or retires, it does not mean that your records will disappear. Insurers have solutions that can make it easier to gain access to appropriate documents so that you can get the coverage you need. Contact Alliance Insurance Services insurance to talk to an independent agent to learn more.

These licenses, called “red licenses” in Colorado, are often granted to persons whose license has been suspended because of the points on their license or because they have neglected to pay child support. Depending on the circumstances, a judge may deem it appropriate to drive in certain situations, thus granting a red or probationary license.

Even though drivers who have a probationary license are not driving often, they still need to have car insurance. Any driver in Arvada, CO must have at least the minimum levels of auto insurance required by Colorado, regardless of their license. It is wise for every driver, however, to have more protection than the minimum requirement.

Saving Money as a Nominated Driver

Navigating the world of insurance can be difficult, especially if you are in a high-risk pool. Call an independent agent at Alliance Insurance Services, who can help you determine the best policy for you. They will be able to tell you if choosing a policy that has nominated drivers will save you money. By focusing specifically on the Arvada community, we are able to provide the highest level of service to drivers in the area.

It’s well-known that most homeowners insurance policies cover a broad range of items stolen in the event of a theft. However, most people assume that such coverage is limited to items that are located within the home. But what if you’re out and about in Fort Collins, Colorado and you fall victim to a loss or theft of your jewelry?

However, there may be limitations to off-premises coverage. For instance, you may run into upper limits for jewelry and other high-value items. Also, certain items that fall under your auto insurance or boat insurance policies may not be covered under your homeowners policy. This coverage might not be available in all areas, especially in places with high crime rates.

As your independent agent, we can help you navigate ins and outs of your homeowners policy and provide clear answers for those important questions about your coverage.

Whether you’re in Fort Collins or Arvada, you don’t want to be caught without the insurance coverage you need. By comparing quotes with Alliance Insurance Services insurance, you’ll be able to find out what options you have at your disposal to keep yourself and your family safe no matter the circumstance.

Cracks in a pipe due to root infiltration can cause a variety of concerns for your property in Arvada, Colorado. Depending on your homeowner policy and the details of your plan, you may or may not be covered for the cost of a perma liner installation to repair the damages.

A basic homeowner policy may offer insurance coverage for factors that are beyond your control, such as root infiltration, but there may be clauses or exceptions that limit the coverage amount. For example, an insurer may have an exception regarding cracks from root infiltration if the plant is located on your property or if it is within a certain distance of the house.

Clauses and exceptions usually relate to the risk of the situation. Depending on your policy, there may or may not be exceptions that prevent you from making a claim.

In many cases, insurers will offer solutions to help pay for the damages to your pipes throughout the home. As long as you take appropriate measures to maintain your property according to the requirements of your policy, an insurer may have solutions to pay for the perma liner installation.

Every Alliance Insurance Services insurance policy is different, so the details of your plan can vary slightly. Do not assume that you are covered unless you find the details in your current policy.

If you are not sure about the coverage in your plan or if you want to purchase a new plan, then working with an independent agent can help you find appropriate solutions. An agent will help you compare your options based on your specific concerns. Contact us to talk to an agent to learn more today.